What to Expect at a Buddhist Funeral Service

Cleveland is home to many culturally diverse walks of life, and chances are you may find yourself attending a gathering of some sort for someone whose culture you’re not entirely familiar with. This might include a memorial or funeral service.

Whether you’re attending a Hindu, Sikh, Jewish, Catholic or other religious ceremony, it’s important to understand that culture’s rituals, so you can best honor and respect the departed and their family members.

Here, we’ll offer an overview of Buddhism and what you can expect to see at a Buddhist funeral service.

Buddhism is an Indian religion that was founded by Siddhartha Gautama, or Buddha, about 2,500 years ago, and is one of the most important religions in Asia. Rather than worshipping a single god or deity, Buddhists focus on escaping human suffering and achieving enlightenment.

Buddhists traditionally choose cremation, as Buddha himself was cremated.

What to Expect at a Buddhist Funeral

Buddhist customs vary by location, preference and sects. Typically, however, Buddhist funerals are simple, solemn rituals. Ceremonies can take place at a family home, funeral home or a Buddhist temple.

If there is a wake, you’ll likely see an altar near the casket with a photo of the departed, as well as a picture of Buddha and offerings like candles, incense, flowers and fruit. Guests are expected to bow at the casket as a symbol of honor and respect.

Buddhists typically perform funeral rites on the morning of the event, whether it be a funeral, memorial service or cremation ceremony. A monk will usually serve as the officiant, though sometimes you’ll see a minister or priest. Depending on preference, the departed’s family could also conduct the ceremony.

Once the ceremony is completed, the casket will be carried by family members to a hearse or crematory, and then driven to the burial or cremation site. Monks or family members may lead chanting.

What Should I Wear to a Buddhist Funeral?

During a traditional Buddhist funeral ceremony, the family will wear white and adorn themselves with a headband or armband. The family may wear a different color depending on their nationality. Friends attending might also wear black, but if you’re unsure of what color to wear, we suggest asking the family or funeral director if you feel comfortable doing so.

Bright colors are considered inappropriate as is an expression of wealth in clothing. In addition, during prayer or the sermon, head coverings should be removed.

In terms of Buddhist funeral customs, it’s appropriate to offer gifts to the family of the departed. You can send white flowers to the family or bring them to the wake or funeral, placing them near the altar. Similar to the white garments the family wears the day of the funeral, white flowers symbolize mourning. Avoid sending red flowers or gifts, as the color red signifies happiness and wealth.

It’s also common to make donations to specific charities in the name of the departed.

We Can Help You Plan a Culturally Significant Funeral Service

Busch Funeral and Crematory Services has experience serving a number of cultures and communities. Contact us today, so we can help you arrange a thoughtful, culturally significant service for your loved one. 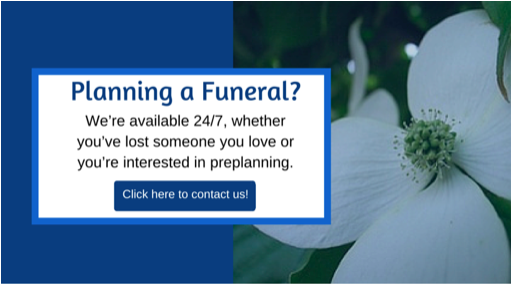 Thirty years of experience helping people on the hardest day of their lives, and one of Busch's longest-standing staff members. Bob provides valuable guidance to families with his expertise and compassion. He serves on two non-profit boards in the greater Cleveland area, promoting healthcare and the arts. Proudly serving Busch families since 1983.

How to Honor a Lost Loved One at Your Wedding

Congratulations on your engagement! Getting engaged and then married to the person you wish to spend the rest of your life with is one of life’s...

Is It Too Late to Plan a Memorial Service for My Loved One?

When we lose a loved one, there’s an overwhelming number of decisions that need to be made. And oftentimes, it can be difficult making these...

At What Age Should You Plan Your Funeral?

Humans spend a lot of time, money and effort planning for life-changing moments such as marriage, children, or retirement. So, why should planning...